The workshop intends to discuss alternative appraoches to the regulation of liability in robotics, in light of the current European debate, and based on the available works and documents published by the European Commission.

The possibility to deem robots as agents, and the need to elaborate a new paradigm will be contrasted with a functional approach based on risk-assessment and management, and the role of insurance will be discussed.

The purpose of the workshop is both to inform  a non-specialized audience, and to spark a debate grounded on sound legal analysis. 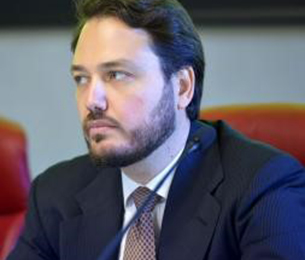 Andrea Bertolini is an assistant professor of private law at the Dirpolis Institute of the Scuola Superiore Sant’Anna in Pisa (SSSA), and adjunct professor in private law at the University of Pisa Department of Economics and Business. His research ranges from private law (contracts, torts and the law of obligations) to technology regulation (robotics and AI), and bioethics, with a comparative and law and economics approach. Since 2015, he is the coordinator of a SIR project “RELIABLE” (Rethinking Ethical and Legal Implications of Advanced Bionic Limbs and Exoskeletons), financed by the Italian Ministry of Research, and of a Jean Monnet Module “Europe Regulates Robotics”, and since 2017 he is the scientific coordinator for the WP on “Liability and Risk Management” for robotic applications of the Horizon 2020 project INBOTS, and of WG6 on “Ethical, Legal, Societal and Economic Issues” of the Horizon 2020 project ROBOCOM ++ (Rethinking Robotics for the Robot Companion of the future). Starting in October 2018, he also coordinates the European Centre of Excellence on the Regulation of Robotics and AI (EURA), funded by the European Commission under the Jean Monnet Action, to bring together, academics, policy-makers, the industry, in a broad debate on how new technologies can and should be tackled.

A Risk Management Approach to Liability in Robotics and AI

The socio-legal issues arisen by new technologies – in particular robotics and AI applications – are not exceptional, but rather special, and may be framed within existing legal paradigms. Indeed, neither autonomy nor the ability to learn, justify per se a change in perspective. Therefore, such applications might be deemed products and thus be regulated by product liability rules. However, when functionally assessed, these norms prove inadequate in providing the incentives needed for the development of various applications. By taking into account both law and economics literature and recent statements of the European Commission , the major criticisms will be identified. Finally, automation requires multiple agents – producer, user, service provider(s) – to cooperate within the same task: thus, different sets of liability rules often overlap, although not originally intended for the assessment of the same event. The distribution of the burden of proof – in particular under the PLD – technological complexity and litigation costs might prevent the “exact” apportionment of liability among such parties, based on criteria of personal reprehensibility. Liability rules could then depart from such concepts, to burden the party best positioned to minimize and manage costs – in particular, but not solely, through insurance mechanisms – and ensure compliance, according to a “Risk-Management Approach”. 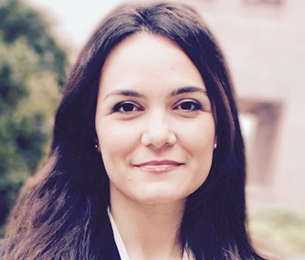 Director of NASAMER and Assistant Professor at Koç University

Dr. Buğra acts as Director of Dr. Nüsret-Semahat Arsel International Business Law Implementation and Research Center (‘NASAMER’) and as Assistant Professor in Transport and Insurance Law at Koç University, Istanbul, Turkey. She holds LL.M and Ph.D degrees from the University of Southampton (UK) where she also worked as Tutor and Research Fellow. She is the receiver of the British Insurance Law Association (BILA) Book Prize (2018), European Commission Erasmus+ Jean Monnet Module Grant (2018), International Insurance Law Association (AIDA) Europe Conference Best Paper Prize (2018), Turkish Science Academy Young Scientist Award (2016), and Modern Law Review grant (2012). She is the author of the book ‘Insurance Law Implications of Delay in Maritime Transport’ (Informa Law from Routledge, 2017) and has recently contributed to the book ‘De-Mystifying Insurtech: A Legal and Regulatory View’ (Springer, 2019). Her work has previously been cited in 2018 by the UK House of Lords Artificial Intelligence Committee in their report on AI. She is a Presidential Council Member of AIDA.

Machines gradually becoming ‘smart’ and beginning to operate with self-learning tools has given rise to concerns on liability in respect of losses arising from their use. The need for safeguarding the users’ rights by not disturbing the policy of fostering innovation in the European Union has recently paved the way for the initiative of the European Parliament towards the proposition of a set of rules on civil liability for robotics. One of the points raised by the Parliament was with respect to the adoption of a compulsory product liability insurance scheme, whereby manufacturers of robots would be required to take out insurance to cover their potential liability against parties affected by the acts of robots. Considering that the policy decision of making insurance compulsory would require a careful assessment, the presentation will seek to cover: 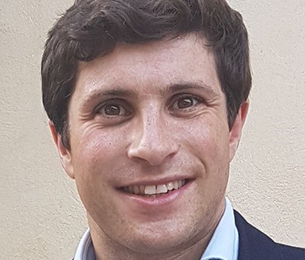 Jacob Turner is a lawyer and author based in the UK. His new book, “Robot Rules: Regulating Artificial Intelligence” (Palgrave Macmillan, 2018) explores why AI is unique, what legal and ethical problems it could cause, and how we can solve them. Robot Rules has been described by Lord Neuberger, former President of the UK Supreme Court, as “a very timely, thought-provoking and significant book”. Jacob has acted for sovereign states including Argentina, Greece, Russia and Iraq. Jacob has previously worked in the legal department of a country’s Permanent Mission to the UN in New York, and as a speechwriter to its Ambassador. He is a former law clerk to Lord Mance in the UK Supreme Court, and is the co-author with Lord Mance of “Privy Council Practice” (Oxford University Press, 2017). Jacob is a member of the expert advisory board of Conflict Analytics Lab, a research-based consortium on AI and data analytics applied to conflict resolution and negotiation. His work has been featured in The Spectator, The Economist, Quartz, Wired, and Al Jazeera Online. Jacob has lectured on regulating AI at universities including Oxford, Cambridge, NYU, and the Max Planck Institute in Hamburg, as well as at various technology and law firms. In December 2018, Jacob delivered lectures in China to the Government and Military, at the invitation of the Shanghai Institutes for International Studies and the United Nations Centre for Robotics and AI. He has also delivered speeches on other topics at UNESCO in Paris, and the UN Human Rights Council in Geneva. Jacob holds law degrees from Oxford University and Harvard.

The presentation will seek to cover:

The presentation will also briefly cover existing laws on AI, including the GDPR and the UK’s Automated and Electric Vehicles Act 2018.