Robots are ever more present, whether as humanoid information robots at airports, as assistants in the production line or as walk supporters in the healthcare domain. Thus, meaningful standardization of robots is becoming more and more relevant to all involved, affected and interested entities.

This workshop will focus on the manufacturing, healthcare and consumer robotic domain. Through different keynote speeches the audience will be inspired to later engage in a question and answer sessions with the speakers to discuss present issues in robot standardization. This will for example include a discussion on boundary issues between robotic domains/systems and a discussion on what should be standardized and what not. Furthermore safety requirements for real open-ended autonomously generated behaviors of industrial robots will be talked about as well as ethical aspects of brain-computer interfaces. 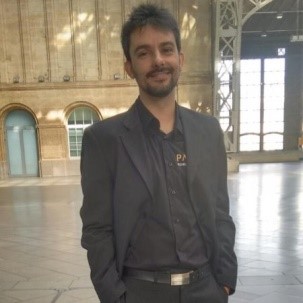 Jordi Pagès obtained a PhD with a thesis on 3D reconstruction based on coded structured light and visual servo control. He spent 15 months in the University of Rennes I in France in order to get a joint degree with the University of Girona. Afterward, he worked developing computer vision algorithms for intelligent video surveillance in Davantis Technologies S.L. There he contributed to create and deploy one of the first Spanish commercial products in this field. Afterwards he joined PAL Robotics as computer vision responsible. Since late 2014 he is Project and Product Manager of TIAGo family of robots.

Standardization of mobile robots navigating in the crowd in commercial environments

Robots are now a reality in public spaces, which are, unlike some industrial environments, unstructured and populated of people unaccustomed to interact with robots with a large variety of ages and cultural conditions. Current directives and regulations regarding robots able to operate along with humans, i.e. cobots, are still very focused on industrial use cases. The need to ensure the safety of mobile robots in crowded commercial environments is becoming more demanding and will lead to new specific norms and testing procedures to endorse the design and construction of such robots. In this talk we will focus on a specific use case: Stockbot, a stock taking robot for shops, initially meant to operate during nights, with little presence of persons, that now is fully operative during day in presence of employees and customers. The global picture shows that current regulations are pretty clear in terms of EMC compliance but, will regulations be extended to cover wider aspects of safety specific of this kind of environments? 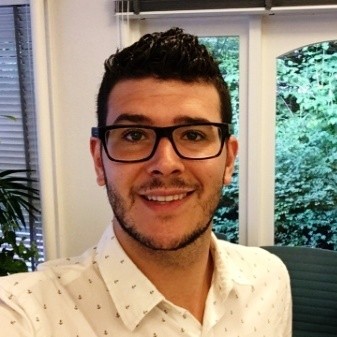 Eduard Fosch-Villaronga, PhD, M.A., LL.M., LL.B. is a Marie Skłodowska-Curie Postdoctoral Researcher at the eLaw Center for Law and Digital Technologies at Leiden University, the Netherlands where he addresses the legal and ethical aspects of healthcare robots. Eduard is the co-leader of the Ethical, Legal and Societal Aspects Working Group at the H2020 Cost Action 16116 on Wearable Robots (https://wearablerobots.eu/). Eduard holds an Erasmus Mundus Joint Doctorate (EMJD) in Law, Science, and Technology coordinated from University of Bologna. He has held visiting Ph.D. positions at the Center for Education Engineering and Outreach (CEEO) at Tufts University in the United States and the Laboratoire de Systèmes Robotiques (LSRO) at EPFL in Lausanne in Switzerland. Amongst receiving degrees from the University of Toulouse (LL.M.), the Autonomous University of Madrid (M.A.), and the Autonomous University of Barcelona (LL.M. and LL.B.), he is also a qualified lawyer in Spain.

Service robots in sensitive contexts such as healthcare facilities perform tasks in close contact with users that could be elderly, children or infirmed people. In such cases, robots could compromise not only safety but also other aspects such as privacy, dignity or autonomy. Indeed, robot technology can have by-product moral implications such as a loss of human contact, reinforcement of existing socio-economic inequalities or failure in delivering excellent care. Failing to accommodate such concerns could harm users in concrete, and the society at large. In this presentation, I give first a brief overview of different challenges that arise in the interaction with robot technology and that are currently overlooked by safety standards. Second, I introduce recent industrial standardization initiatives aiming at governing other aspects than safety in human-robot interaction context. While I will argue that these initiatives represent a big step in ensuring safety in new robot environments, I will also alert of the downsides of leaving these regulatory efforts to private actions. 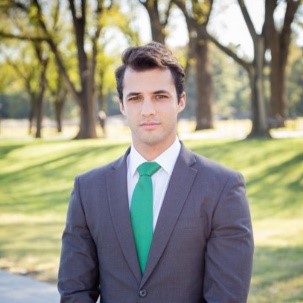 César is currently conducting a Short-Term Scientific Mission (STSM) at the Cost Action 16116 on the legal aspects of brain-controlled wearable robotics at Leiden University. Previous, he investigated passive BCIs at the Biomechatronics and Biorobotics Lab of Shanghai Jiao Tong University. He also did an internship on cybersecurity at the American Defense Foundation in Washington D.C. Cesar’s background is in Business Administration and Law and is affiliated to the University of Las Palmas de Gran Canaria.

Brain-Computer Interfaces (BCI) is not a new technology. However, they have recently acquired relevance in the international scene due to the advances in brain imaging methods and computation power. Law and policy makers have focused on the regulation of such devices a short while ago, although it still remains fragmented and uncertain. In this presentation, BCI concepts and applications will be introduced, and an overview of the standards that regulate their use and development will be provided, with particular focus on the European Union. 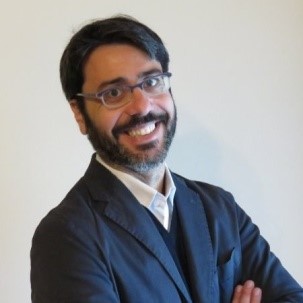 Federico Vicentini, PhD (2007) at Politecnico di Milano, is a researcher of the Italian National Research Council (CNR) at Institute of Intelligent Industrial Technologies and Systems for Advanced Manufacturing (STIIMA). His research interests are in industrial robot safety, human-robot interaction and validation procedures. He is regularly involved as Principal Investigator in international research projects and provides support for technology transfer in collaborative robotics and safety. He is the chairperson of the technical committee on Robotics at the National Standardization Body (UNI) and a member of ISO/TC 299 WG3 Industrial Robotics and SG1 Gaps and Overlaps.

Outlook on revision process of industrial robotics safety standards (ISO 10218-1/2), priorities and open issues. Gaps and overlaps with mobile manipulation and the use of AGVs. Restructuring standardization in robotics: how are we going to shape the rules for robotics in the near future? Fading boundaries between service and industrial robotics, cross-fertilization among domains: How can requirements be organized? 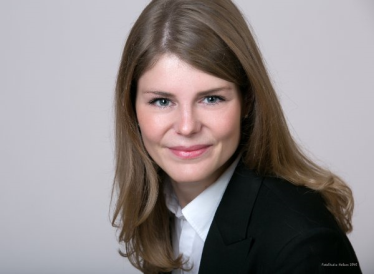 Project manager at the German Institut for Standardization

The research project INBOTS analysis the robotic standardization landscape and why organizations are using or not using standards to make suggestions on how to improve the system in general as well as to make proposals for future standardization topics. Ms. Maresch will talk about the results of the INBOTS standardization survey and its impact.